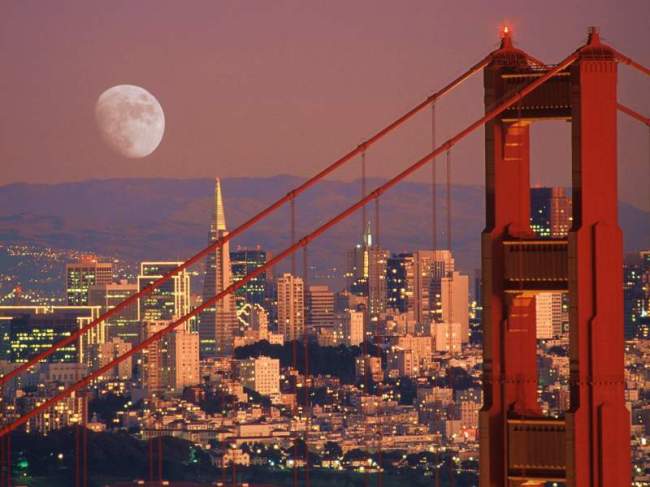 Anyone who’s been to San Francisco knows that it’s a hub of…well, pretty much everything. It’s got the booming downtown financial district with all its high-powered stress; it’s got cultural community so diverse you can walk down the street and hear five languages you never knew you didn’t know. People, clothes, and lifestyles from all over the world and every background imaginable come together in this city on the edge of the world, making it one of the most colorful and distinctive cities EVER.

And for those of you who have not yet been to the fair city of St. Francis (named after the Spanish mission established in the name of St. Francis of Assisi), let me tell you, it has some of the best, most eclectic food you will ever encounter. Try food trucks that sell sweet potato tater tots with mango chili ketchup. Or the best Vietnamese food this side of the Pacific. El Salvadorian pupusas stuffed with melted cheese and juicy pork. Grilled tofu, mushrooms, avocado, and eggplant sandwiched between crispy, sweet yellow corn biscuits. Seriously, it’s just ridiculous.

But I didn’t write this to make you drool. Some may also know San Francisco as a center of development and innovation in technology and biotechnology. I have a theory that all of the crazy stuff coming out of the Bay Area is born of an attitude unique to the west coast; a combination of a laid-back, ‘no rush man’ attitude and minds that are as eclectic and surprising as the city’s food.

Take, for example, David Holz’s lifelong passion for pursuing projects in everything from biomedicine to physics. While working on his PhD in North Carolina, his frustration with the 3D modeling software on his computer sparked a solution that may forever change human-computer interaction. David has created the Leap, which allows you to use your own hands to digitally touch your computer’s interface. The technology uses a small device that resembles a miniature iPhone, which you simply place in front of your computer screen, on your desk. The Leap, like a camera, senses the way the light travels around the objects in front of it, picking up on the user’s hands, tracking how shading and light change as the hands move. This image is transferred into real-time 3-D motion in your computer screen, where you can move and mold things at will. With your hands. Say what?! (you can watch the demo, which went viral, here. It’s freakin’ incredible)

The 24-year old Holz founded the company Leap Motion with his middle-school friend Michael Buckwald and they’ve since set up shop in the Soma area, near the Bay Bridge. Since the age of 8 when he built a wind tunnel in his garage to test his experiments, David has been thinking out of the box, leaving his PhD program to begin this start-up project.  And it seems that his gamble is paying off. David’s technology and Buckwald’s business sense have landed them contracts with NASA, Google Earth, and some pretty neat ideas from other innovators in the tech and art worlds (AirHarp, anyone?)

The really crazy thing is, Leap Motion is not even close to the only epic thing going on in the Bay Area. EksoBionics is, as the name suggests, essentially making exoskeletons for humans. The technology is helping those who have lost the use of their legs to walk again, fitted out in a robotic suit that supports them while they get to control their own steps. The company has been receiving a pretty steady influx of press, and you can check out a video about their product and their story here.

Hang on to your shorts though bros, ’cause the ‘out-of-this-world’ doesn’t stop at robotic human exoskeletons. Shinya Yamanaka, a researcher at UCSF, won this year’s Nobel Prize in Physiology or Medicine for inventing technology that creates stem cells—without using human embryos. This is a development that could change the face of modern medicine.

And just to add a little green to the palette, Solazyme is a 10-year old start-up whose aim is to re-engineer algae to provide a renewable fuel source. Along the way they’ve delved into other markets that have benefitted from their green goo—including food and cosmetics. This foray hasn’t stopped them from achieving their original goal, though–while the company is still developing and improving their technology,  the Navy has already run one of its battleships on Solazyme’s fuel product, as has a commercial jet.

This doesn’t even scratch the surface. In addition to being a start-up mecca, San Francisco also happens to be the go-to place for conferences, awards presentations, and leaders in the science world to turn up and say, “Hey y’all, let’s do something cool”. But why? San Francisco draws creative thinkers, those who approach problems differently and have something to offer that could change the way we think about science. It’s a city with a history of being home to the outsiders, those who came west to seek a fortune or to escape a past. The west coast still has that vibe, welcoming nutso ideas and tolerant of pretty much everything…except those who say it can’t be done.